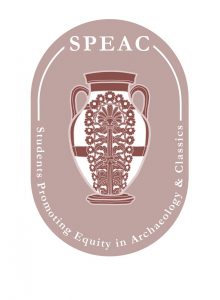 We’re back with our annual Black History Month blog post series! Last year we focused each week on specific Black scholars, but this year we’re broadening our focus a bit. A new post will be up every Sunday during BHM, so check it out, and look back at last year’s posts!

This first post touches on the history of African American scholars of the ancient world– the first Black scholars who earned advanced degrees in archaeology and classics.  I wanted to point out how incredible these scholars were and give a little social context for their achievements. This post is way too short to cover these folks, so I’m including lots of links for further reading.

“Like a flash the past unrolled before my mind, my early Atlanta examinations, Calhoun’s famous challenge, that no Negro could learn Greek. For a moment I felt embarrassed as I faced my audience aware too that they must experience a peculiar feeling at the situation — a Negro member of that learned body standing in intellectual manhood among equals and where no Negro had ever been allowed even to enter, save as a servant — a Negro to discuss the writings of a Greek philosopher.”
William Sanders Scarborough, quoted in Ronnick’s The Autobiography of William Sanders Scarborough: An American Journey from Slavery to Scholarship

The subject of last year’s SCS Presidential Panel, William Sanders Scarborough is widely considered to be the first African American classicist. Born into slavery in 1852 Georgia, Scarborough had earned a master’s degree from Oberlin college and begun a professorship in classical studies at Wilberforce University by 1877.

The history of advanced degrees in the US is a little complicated. But broadly speaking, the first MA and PhD degrees were awarded around the 1860s-1870s. So, you might be thinking “Hey, if Scarborough had earned his MA in classics by 1876 and Gilbert had earned his in Archaeology by 1891, that’s not too bad! The degrees were new, so that doesn’t sound too far behind!”

Unfortunately, unsurprisingly, this isn’t really the case, though. While Scarborough did earn his degree from Oberlin in 1876, this was a school that was known for being vehemently in favor of abolition and was pretty uniquely accepting of Black students… but even this ostensibly accepting school reinstituted racial segregation a few short years after Scarborough was a student there. And Gilbert’s Paine College is an HBCU, meaning that its intended purpose was the education of Black students and it too was segregated. I mention these details to remind us that despite the seeming quickness with which these two men earned their degrees, racial inequality and injustice pervaded everything they had to endure during the process (and beyond). Even as late as 1909, when Scarborough was the president of Wilberforce college, he chose not to go to the annual SCS (then APA) meeting because the venue chosen by the organization refused to serve a Black man. And of course these issues are ongoing!

Oh, and “Calhoun’s famous challenge” that Scarborough referenced up top? According to Scarborough, Calhoun had said “if he could find a Negro who knew the Greek syntax, he would then believe that the Negro was a human being and should be treated as a man.” In 1881, Scarborough published the first classics textbook written by an African American to prove just how ignorant, absurd, and flat-out wrong Calhoun had been.

One final note: though she received an undergraduate degree in the sciences, Enid Cook was the first Black student to graduate from Bryn Mawr in 1931– 46 years after the college opened. Just to add a little BMC history into the conversation!

Basically, even these massive achievements and contributions to our fields have to be contextualized with the fact that higher education was (and in many ways still is) highly segregated, unwelcoming, and violent toward African American scholars who worked against everything to earn their degrees.

more on HBCUs and classics, focusing on Howard’s decision to cut their classics program